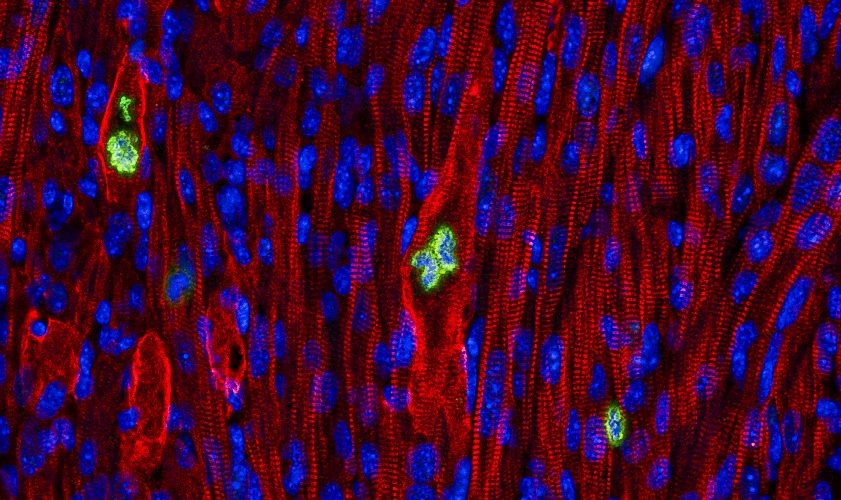 Heart failure is the leading cause of death in the world due to the inability of the adult mammalian heart to regenerate following injury. Lower vertebrates, such as zebrafish are capable of complete and efficient regeneration of the myocardium following injury. Similarly, we demonstrated that neonatal mice are capable of regenerating their hearts within a short period after birth but lose this potential in the first week of life. Adult mammals lack this cardiac regeneration potential, thus our overarching goal in the laboratory is to dissect the molecular underpinnings of regeneration in the neonatal heart so that we can explore potential avenues to activate this process in adult humans.

Our goals are to identify the transcriptional and epigenetic networks that govern cardiomyocyte dedifferentiation and proliferation during regeneration. These studies could aid in converting adult cardiomyocytes to a more proliferative and regenerative state. In addition, we aim to identify the microenvironment signals that regulate mammalian heart regeneration by studying the interplay of nerves as well as extracellular factors during mammalian heart regeneration. We use multidisciplinary approaches including genomics, proteomics, and mouse genetics in addition to molecular and cellular technologies to address these questions. 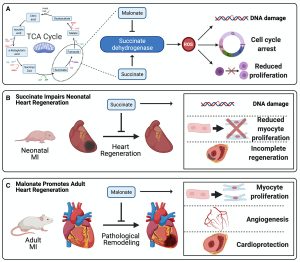 Our goal is to decipher the mechanisms that regulate the postnatal metabolic switch from glycolysis to fatty acid oxidation, which results in loss of the endogenous regenerative potential in the mammalian heart. Succinate dehydrogenase (SDH), also known as mitochondrial complex II, plays a central role in regulating cellular metabolism as it is involved in multiple metabolic pathways in the mitochondria for energy production. We discovered that inhibition of SDH via the competitive inhibitor malonate can metabolically reprogram the adult heart towards a glycolytic state, which induces cardiomyocyte proliferation, revascularization, and complete regeneration in the adult heart. This approach represents a unique and novel strategy that has significant translational potential to promote human heart regeneration. Currently, we are exploring the cellular and molecular mechanisms that control metabolic reprogramming of the adult heart to a regenerative state. 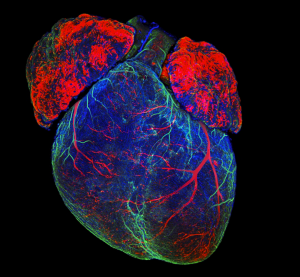